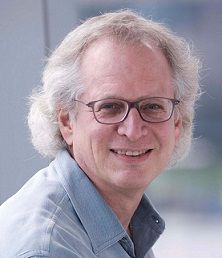 Philip A. Bernstein is a Distinguished Scientist at Microsoft Research.

Over the past 35 years, he has been a product architect at Microsoft and Digital Equipment Corp., a professor at Harvard University and Wang Institute of Graduate Studies, and a VP Software at Sequoia Systems.
During that time, he has published over 150 papers and two books on the theory and implementation of database systems, especially on transaction processing and metadata management. The second edition of his book Transaction Processing with Eric Newcomer was published in June 2009.
His latest work focuses on database systems for cloud computing, object-oriented middleware for distributed computing, and integration of heterogeneous data in the enterprise and on the web. He is an ACM Fellow, a winner of the ACM SIGMOD Innovations Award, a member of the Washington State Academy of Sciences and a member of the National Academy of Engineering. He received a B.S. degree from Cornell and M.Sc. and Ph.D. from University of Toronto.