Welcome Letter by the Editor 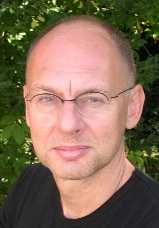 Prof. Dott-Ing. Roberto V. Zicari is Full Professor of Database and Information Systems at Frankfurt University. He was for more than 15 years representative of the OMG in Europe. Previously, Zicari served as associate professor at Politecnico di Milano, Italy; Visiting scientist at IBM Almaden Research Center, USA, and the University of California at Berkeley, USA; Visiting professor at EPFL in Lausanne, Switzerland, at the National University of Mexico City, Mexico and at the Copenhagen Business School.

The idea of this Web portal originated during a meeting I had with Christof Wittig of db4objects in June 2005. Christof asked me if I was interested to create an Educational Program to help promoting and further use of object databases for the researchers and developers communities.

I was intrigued by this idea. My interest in Object Technology in general and Object Databases in particular is rooted back in the mid 80s. First at IBM Research Center in Almaden , San Jose in 1985 and 1986 , where I worked with colleagues at the definition of an extension of the relational data model to accommodate complex data structures, and then starting in 1989 for a few years where I had the privilege to join in the design team of the Gip Altair project in Paris later to become O2, producer of one of the first object database product in the world, and to the best of my knowledge the first commercial object database product made in Europe.

For me as a young researcher at that time, it was an incredible challenge. I had the possibilities to see my research ideas turned into reality and incorporated into a product that was supposed to replace the existing relational database systems on the market…

This did not happen.

So why embarking into this project? At first glance it looks like a challenge, not obvious, and perhaps this is one of the reasons why I like this project, but there are important factors that made me think and convince to accept to conduct this project.

First, Object Technology is main stream since years now. Both for modeling, UML, and for programming environments, Java, C#. Code generation, MDA, patterns, platforms, objects are all over. This is very different than in the mid 80s early 90s when object modelers and developers were early adopters.

Second, the Open Source community clearly demonstrated the feasibility of their ideas that Open Source is more than simply a number of talented developers around the world cooperating together, but it is also a viable business model. Examples of these are in the operating systems obviously Linux, and more recently in the database market, MySQL.

Third, interesting new markets are shaping up, such as the Embedded market. This could prove to be an ideal place for technologies such as object databases to bridge that gap between all these objects around and databases..

Funny enough, the gap between objects on one side and databases on the other side is still a problem, as it was several years ago. The important difference is that now million of objects have been deployed in a variety of production solutions and products around the world, not any more by a number of early adopters.

With this program I want to create a resource on the Web where researchers and developers can freely download technical information, teaching material and when possible software to help them in their work. Teaching at graduate or undergraduate level, conducting research, developing software for a commercial product, developing software for an open source project are all good examples of this.

This place is not exclusive, it is a shareable resource. I am honored that a number of friends and colleagues around the world have agreed to contribute to this project. They are all listed under the Expert Corners. A big thank you to all of them!

I also would like to thank our corporate sponsors for their support that made this project possible.

I wish you an enjoyable visit to ODBMS.ORG and I hope this will be useful for your work.