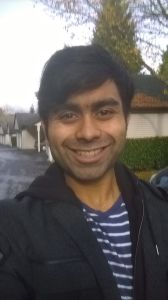 Ram Shankar is a Security Data Wrangler in Azure Security Data Science group in Microsoft.
He works on the intersection of Machine Learning and Security which resulted in a slew of patents in Large scale Intrusion Detection space (identified by the evaluators as “fundamental and groundbreaking”). His work has been featured in Microsoft’s Engineering Excellence Talk series and also appeared in external conferences like DerbyCon, BlueHat and Practice of Machine Learning. Ram Shankar graduated from Carnegie Mellon University with a Masters in Computer Science and a separate Masters Engineering & Technology Innovation Management.
You can find him @ram_ssk