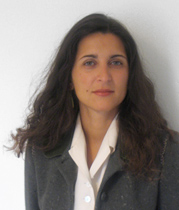 Elena Ferrari is a full professor of Computer Science at the University of Insubria, Como (Italy).

Her research activities are related to various aspects of data management systems, including web security, access control and privacy, multimedia databases, and temporal databases. On these topics she has published more than a hundred scientific publications in international journals and conference proceedings. She gave several invited lectures and tutorials in Italian and foreign universities as well as on international conferences and workshops.

Prof. Ferrari is in the Editorial Board of the VLDB Journal and the International Journal of Information Technology (IJIT). She is a member of the ACM and senior member of IEEE.