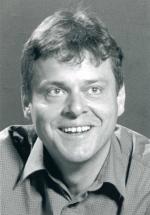 Martin Odersky is a professor at EPFL in Lausanne, Switzerland. His research interests focus on programming languages, more specifically languages for object-oriented and functional programming. His research thesis is that the two paradigms are two sides of the same coin, to be identified as much as possible. To prove this, he has experimented with a number of language designs, from Pizza to GJ to Functional Nets. He has also influenced the development of Java as a co-designer of Java generics and as the original author of the current javac reference compiler. His latest brainchild is Scala, a new programming language which unifies FP and OOP while staying completely interoperable with Java and .NET.