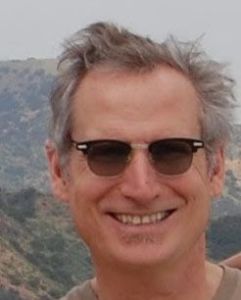 For over 25 years, Dr. Ben Yuhas has been helping clients use data to generate revenue, save money and make better decisions. He has managed his own consulting firm since 1999 and serves clients in both the commercial and non-profit sectors.

Dr. Yuhas developed his technical expertise as an undergraduate in Mathematics at the University of Chicago and as a graduate student at Johns Hopkins University. His PhD thesis on the use of neural networks for lip reading was featured in IEEE Communications and Discover magazines. Upon graduating, he joined Bell Communications Research (Bellcore) as a Member of Technical staff.

From 1995 through 2005, Ben held various positions in the financial services industry. He was recruited from Bellcore by AT&T Universal Card to direct advanced-analytics for credit modeling. In 2000, he was part of the launch team at Juniper Bank and served as the Senior Director of Database Marketing until it was acquired by Barclaycard in 2004. During the decade, Ben also provided strategic advice to financial service clients as a Senior Consultant at First Annapolis and as a Principal within IBM Global Business Intelligence. In these various roles, he has developed and executed data-driven strategies that impact all stages of the customer life cycle, from account acquisition, through account management and retention.

The Yuhas Consulting Group (YCG) adapted Ben’s experience in financial services to develop data-centric strategies in other verticals. In 2009, YCG developed consumer segmentation for EMI Music. EMI now assesses opportunities by the size of the segment and the value that would be realized by moving those individuals forward in the life-cycle, from awareness through to acquisition.  In addition, the segmentation helps EMI communicate with their consumers by providing insights into artist, product and channel preferences. In 2012, Millward Brown was hired by EMI to assess the segmentation and concluded, “EMI has a good, strong segmentation that is effectively used throughout the business and is underpinned by strong analytics, a large amount of data and exceptional knowledge of the industry.” In 2011, YCG replicated the consumer segmentation strategy for Harper Collins Publishing.

In addition to segmentation, YCG also helps clients retain and deepen the relationship with their customers through detailed analytics. Analytics are used to predict which individuals are most at risk of attriting, to discover the key drivers of attrition to mitigate the risk. In 2013, YCG worked with Under Armour and Navman Wireless to better understand the behaviour and needs of their best customers.

In 2004, YCG brought the sophistication of data-driven targeting to politics. By combining polling data with enhanced voter files, YCG is able to build models that predict voter behavior, such as their likelihood to vote, donate, volunteer or contact a legislator, as well as their level of support for a specific candidate, ballot initiative or issue. These models help campaigns find supporters beyond traditional constituencies and identify softness within the base. While polling often aims to find messages that have wide appeal to a broad class of voters, YCG’s aims to find specific messages that will appeal to specific individuals. Using this deeper understanding, voter communications can be better targeted and prioritized to be more efficient and effective.

YCG’s models have been deployed in all 50 states and used by candidates for President, Governor, Senate and House, as well as a broad range of 501(c) 3, 501(c) 4 and 527 non-profit organizations.  On October 31, 2006, the Wall Street Journal ran a front-page article on Ben’s political work.  In the 2008, he worked on the Obama campaign assessing, modeling and targeting the early vote programs, and on election day, he served in the war room providing real-time targeting for get-out-the-vote activities.

In 2011, Dr. Yuhas received a grant from Johns Hopkins University as the Principal Investigator on a comparative-effectiveness study. The study focuses on Medicare beneficiaries diagnosed with Amyotrophic Lateral Sclerosis (ALS) also known as Lou Gehrig’s disease. The objective was to analyze the diagnostic and treatment information on Medicare claims to identify potential off-label impacts of drugs on survival rates. In the first phase, he identified candidate drugs based on statistical associations between their presence and longer survival times. In the second phase, he quantified the impact and computed the significance of these associations. Several classes of drugs were found to be associated with longer survival among ALS patients. In 2013, Dr. Yuhas received a second grant to continue this research.

Ben lives in Baltimore with his wife, Jana, and his two boys, Max and Elek. He is on the board of the directors of the Ingenuity Project (www.ingenuityproject.org), a non-profit private/public partnership designed to prepare highly capable students in the Baltimore public school system to achieve national competitive levels in the STEM fields. He is also a long-time supporter of the Packard Center for ALS Research (www.alscenter.org) and was presented with their first volunteer-of-the-year award.

For more information please contact Ben Yuhas at 410-467-9387 or ben@yuhasgroup.com.