“Every organization’s leadership and every technologist should learn more about this technology. It has vast potential for disruption in every industry.”–Jonathan Reichental

Q1. What is Blockchain and why is it so important?

At an abstract level, blockchain technology is the promise of a more secure, frictionless, and trustworthy Internet that enables new types of innovation.
At a basic level, blockchain technology is a new type of database. Its behavior is quite different from traditional database management systems and as a result solves some long-standing security and overhead issues and creates completely new opportunities. Data that is added to a blockchain database is never changed and never deleted. We call this immutability. Every record is available to inspect forever.

A blockchain database is decentralized. It lives on the computers of everyone who uses it. New entries that are added to this database undergo rigor in that there must be some form of consensus from all users that a new entry is permissible. It doesn’t require traditional access control. It has the potential to eliminate hacking in the long term. It supports executable code that does not require expensive infrastructure to produce complex applications. It supports the seamless transfer of many types of value. It eliminates intermediaries and may widely displace people and professions. It’s not magical, but it’s clever.
Every organization’s leadership and every technologist should learn more about this technology. It has vast potential for disruption in every industry.

Q2. What are in your opinion the most promising applications possible on the Blockchain?

Of course, blockchain as the basis for over 2000 cryptocurrencies and its disruption to financial networks, including Bitcoin, is the killer app right now. But every day I read about new applications of Blockchain. There is rapid and surprising innovation. Here are a few that are interesting to me.

The mortgage industry is ripe for reinvention. There’s pressure to make the process faster, to lower costs, and to identify efficiencies. The existing process in the United States for closing on a mortgage today creates on average almost 500 pages of documentation. With 10 million loans closed in the US annually, the total amount of documentation reaches about 10 trillion pages. In the future when those pages have to be located and updated, there are time and cost overheads, never mind considerable inefficiencies. A solution called Factom, uses blockchain technology to securely store mortgage documentation.
This documentation can be shared appropriately with all stakeholders; its origin and integrity can be maintained; ownership can be easily transferred; and exceptions and issues can be managed.

The city of Zug in Switzerland has become the first to offer its citizens the opportunity of digital identity. They consider it a type of digital passport for a variety of applications in the city. Eventually they hope to use it for online voting. It’s not based on a look-up against a central database at city hall, no, identities are stored in the blockchain.

The Crown Prince of Dubai has announced a strategic plan that would see all government documents secured on a blockchain by 2020. The Dubai government estimates that this blockchain strategy has the potential to save 25.1 million hours of lost economic productivity each year.

Finally, Australian telecommunication giant Telstra is leveraging blockchain technology to secure smart home security systems. Since most smart home devices are controlled through mobile apps, Telstra adds user biometric information to the blockchain in order to tie in user identity and prevent compromised mobile devices from taking over the network. This way, the blockchain will be able to verify the identity of the people interacting with those devices.

Q3. What are the main benefits of using Blockchain as opposed more traditional ways to manage digital transactions?

Current mechanisms for managing digital transactions continue to be challenged with such issues as authenticating intellectual property (IP) ownership; with cybersecurity breaches; administrative overhead; robust central governance requirements; high transactions costs; and processing delays. Blockchain technology has the potential to overcome all of these challenges.
If an organization wants to better manage IP and digital documentation in general, reduce management costs, streamline processes, eliminate fraud and reduce cybersecurity risks; these are just a few of the reasons to explore blockchain technologies.
I’d encourage readers to take my 1-hour, plain English blockchain basics video course here: https://goo.gl/DjfLW7. I can also be reached on Twitter: @reichental. 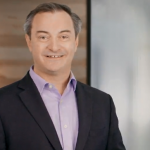 Dr. Jonathan Reichental, currently the Chief Information Officer (CIO) for the City of Palo Alto, is a multiple award-winning technology leader whose 25-year career has spanned both the private and public sectors.
In 2017, he was named one of the top 100 CIOs in the world and in 2016 he was named one of the top 20 most influential CIO’s in the United States.
Dr. Reichental is also recognized as a global thought leader on a number of emerging trends including urban innovation and blockchain technology. In 2013 he was recognized as one of the 25 doers, dreamers, and drivers in government in America. He also won a best CIO in Silicon Valley award and a national IT leadership prize. His innovative work in government has also been recognized by the White House. Dr. Reichental works with his teams to apply technology innovation in organizations to create new value and to enable work to be more meaningful and fun.
He is a popular writer, including recently co-authoring The Apps Challenge Playbook and he is a frequent public speaker on a wide range of technology and business-related topics.
He co-hosts the popular podcast, Drinking Wine Talking Tech.