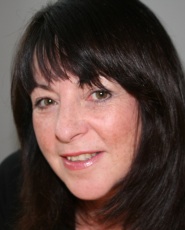 Moira’s research and teaching focuses on the use of object-oriented and web technologies for next generation information systems. Since 1990, a major goal of her research has been to try and bridge the divide between object databases and semantic object data models to raise the level of abstraction for developers of complex information systems. Ideally, the same information model should be used at all stages of development from design through to implementation. Information abstractions such as role modelling and associations need to be supported together with high-level operations, constraints and triggers as well as both object and schema evolution.

In the early 1990s, she developed the OM model of data which supports an extended entity-relationship approach to data management in object-oriented systems. Since then a number of OMS systems and frameworks have been developed within her group based on the OM model. The latest is OMS Avon which is a semantic data management layer for db4o.

OMS Pro is an early system that was designed to support rapid prototyping. OMS Pro provides full database functionality in terms of persistence, querying, constraints, triggers and methods. Further, it supports the design process itself through graphical editors for model construction, transactional workspaces and schema evolution mechanisms. Because of the flexibility and portability of OMS Pro, it was also an excellent teaching platform.

The implementation of all OMS systems is based on a metamodel defined in OM. By integrating new concepts into the metamodel, we have been able to investigate how object databases can be empowered to support modern-day information systems. This has included a concept of multi-variant objects for context-aware data management, web components for web information systems and peer-to-peer connectivity for innovative forms of information sharing. We have also recently developed a concept of generic proxies for bi-lateral information integration.

The OMS systems have also been used as implementation platforms for other research projects within our group. Applications that have been developed include a cross-media link framework with special support for interactive paper (iServer, iPaper) and a multi-channel, multimodal tourist information system (EdFest).

Her work has been the basis for Michael Grossniklaus’s lecture series of ETH Zuerich, newly designed in 2007: