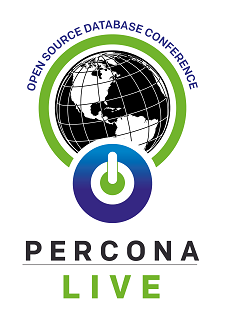 So that is just about a wrap here at Percona Live 2017 – except for the closing comments and prize giveaway. Before we leave, I have one more session to highlight: Facebook’s Beringei.

In December 2016, they open sourced the majority of that work with Beringei (https://github.com/facebookincubator/beringei). In this talk, Justin started by presenting how Facebook uses this database to serve production monitoring workloads at Facebook, with an overview of how they use it as the basis for a disaster-ready, high-performance distributed system. He closed by presenting some new performance analysis comparing (favorably) Beringei to Prometheus. Prometheus is an open source TSDB whose time series compression was inspired by the Gorilla VLDB paper and has similar compression behavior.

After the talk, Justin was kind enough to speak briefly with me. Check it out: https://youtu.be/vi47ZF159PU

It’s been a great conference, and we’re looking forward to seeing you all at Percona Live Europe!