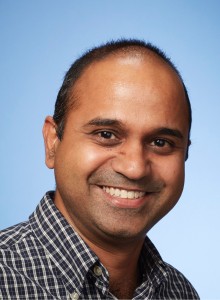 Srivathsan Srinivasagopalan is a Senior Architect at Cognizant. He works primarily on data science and network science – all on massive data sets.  He holds a Ph.D. in Theoretical Computer Science from Louisiana State University, Baton Rouge. His research work was on deterministic buy-at-bulk network design algorithms.