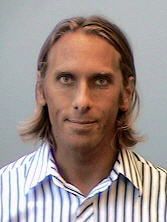 Previously he was principal scientist at eBay, where he leads text mining initiatives for customer service data.
Previously, he was a senior scientist at Yahoo, where he focused on large-scale text mining and knowledge extraction for search and social-media based initiatives.
He attended the University of Roma Tor Vergata, where he received a PhD in Artificial Intelligence in 2007. He worked at several research institutions, including The Information Science Institute of the University of Southern California, the Computational Linguistics Department of the University of Saarland Germany. He collaborated, among others, with the European Space Agency, the Italian Center of Research and several early-stage Silicon Valley start-ups. In 2008 he was awarded the Swiss Computer Science Challenge award.
He is author of more than 50 papers and patents. He chaired several workshops and conference tracks in area of social media and computational linguistics.
His research focuses on Natural Language Processing, social media, text mining and machine learning at scale. He particularly enjoys working with big data technologies, including Hadoop Map Reduce, Spark and noSQL databases. He also likes to work on social applications of text mining such as emotion analysis, political analytics and user/community modeling.