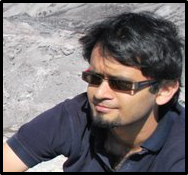 Dr. Ganesh Ananthanarayanan is a Researcher at Microsoft Research. His research interests are broadly in systems and networking, with a recent focus on cloud computing and large scale data analytics systems. His work has appeared in premier conferences like NSDI, SIGCOMM and OSDI, the results of which have been both deployed at scale as well as been incorporated in widely-used open source software. Prior to joining Microsoft Research, he obtained his PhD at University of California at Berkeley, advised by Prof. Ion Stoica. More details about Ganesh’s work can be found here: http://research.microsoft.com/~ga.