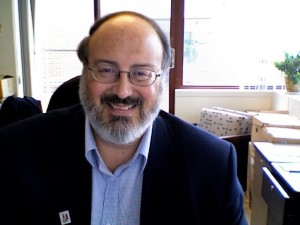 Nick Cercone is Professor, EECS and former Dean of York Science & Engineering.
Cercone’s research interests include natural language processing, knowledge-discovery, data analytics, and computational linguistics. He is author of 400+ refereed manuscripts, several best paper awards, and supervised 125 HQP, including 30 PhDs, 20 of who hold faculty positions, and was an invited speaker 24 times. Cercone has been a program committee chair or general chair for 30 international conferences, many of them IEEE conferences. He has held over $20M in research grants in his career.
Cercone co-founded Computational Intelligence, edits Knowledge and Information Systems, and serves on editorial boards of six journals. He is a member of the ACM, IEEE, AAAI, AISB, and ACL, and past president of the Canadian Society for Computational Studies of Intelligence and of the Canadian Association for Computer Science. Cercone served on the Canadian Genome Assessment and Technology Board, the CANARIE Board, the Institute for Robotics and Intelligent Systems (IRIS), the Saskatchewan Research Council Board, and Regina’s Economic Development Authority. Cercone also served on NSERC, CFI, CHRP, CRC, CITO and NSF committees. In 1996 he won the Canadian Artificial Intelligence Society’s Distinguished Service Award. In 2002 Cercone became a Fellow of the IEEE (for to knowledge discovery) and in 2010 a Fellow of the Canadian AI Society (for computational linguistics).