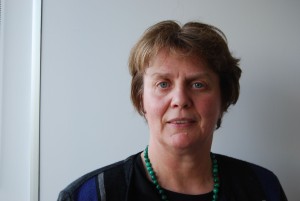 Julia Lane is an Institute Fellow and Senior Managing Economist at the American Institutes for Research. She is als the Gutenberg Chair at the University of Strasbourg and Professoroal Fellow at the Melbourne Institute of social and Economic Research at the University of Melbourne. She’s published over 65 articles in leading economics journals, and authored or edited eight books. She became an American Statistical Association Fellow in 2009. She’s the recipient of the 2014 Julius Shiskin award and the 2014 Roger Herriot award. She recently published a Cambridge University Press book on data privacy (dataprivacybook.org) with Helen Nissenbaum, Victoria Stodden and Stefan Bender) on privacy, big data and the pubic good.

She has also been actively involved in the application of big data. She initiated and led the “Science and Technology for America’s Reinvestment: Measuring the EffecTs of Research on Innovation, Competitiveness and Science” program.
She conceptualized and led the establishment of the NORC/University of Chicago data enclave. This provides a confidential, protected environment within which authorized researchers can access sensitive microdata remotely and provides data producers with a secure dissemination platform. It now hosts confidential data for four federal agencies and two private foundations. She also initiated and led the creation and permanent establishment of the Longitudinal Employer-Household Dynamics Program at the U.S. Census Bureau. This program began as a small two year ASA Census Bureau fellowship and evolved into the first large- scale linked employer-employee dataset in the United States. It is now a permanent Census Bureau program with appropriated funds of $11 million/year. It also subsequently received a Department of Commerce Gold Medal.