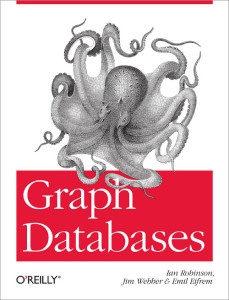 Graphs Are Everywhere, or the Birth of Graph Databases as We Know Them
It was 1999 and everyone worked 23-hour days. At least it felt that way. It seemed like each day brought another story about a crazy idea that just got millions of dollars in funding. All our competitors had hundreds of engineers, and we were a 20-ish person development team. As if that was not enough, 10 of our engineers spent the majority of their time just fighting the relational database.

It took us a while to figure out why. As we drilled deeper into the persistence layer of our enterprise content management application, we realized that our software was managing not just a lot of individual, isolated, and discrete data items, but also the connections between them. And while we could easily fit the discrete data in relational tables, the connected data was more challenging to store and tremendously slow to query.
Out of pure desperation, my two Neo cofounders, Johan and Peter, and I started experimenting with other models for working with data, particularly those that were centered around graphs. We were blown away by the idea that it might be possible to replace the tabular SQL semantic with a graph-centric model that would be much easier for developers to work with when navigating connected data. We sensed that, armed with a graph data model, our development team might not waste half its time fighting the database.
Surely, we said to ourselves, we can’t be unique here. Graph theory has been around for nearly 300 years and is well known for its wide applicability across a number of diverse mathematical problems. Surely, there must be databases out there that embrace graphs!

Well, we AltaVistad1 around the young Web and couldn’t find any. After a few months of surveying, we (naively) set out to build, from scratch, a database that worked natively with graphs. Our vision was to keep all the proven features from the relational database (transactions, ACID, triggers, etc.) but use a data model for the 21st century. Project Neo was born, and with it graph databases as we know them today.

The first decade of the new millennium has seen several world-changing new busi‐ nesses spring to life, including Google, Facebook, and Twitter. And there is a com‐ mon thread among them: they put connected data—graphs—at the center of their business. It’s 15 years later and graphs are everywhere.
Facebook, for example, was founded on the idea that while there’s value in discrete information about people—their names, what they do, etc.—there’s even more value in the relationships between them. Facebook founder Mark Zuckerberg built an empire on the insight to capture these relationships in the social graph.
Similarly, Google’s Larry Page and Sergey Brin figured out how to store and process not just discrete web documents, but how those web documents are connected. Goo‐ gle captured the web graph, and it made them arguably the most impactful company of the previous decade.

Today, graphs have been successfully adopted outside the web giants. One of the big‐ gest logistics companies in the world uses a graph database in real time to route phys‐ ical parcels; a major airline is leveraging graphs for its media content metadata; and a top-tier financial services firm has rewritten its entire entitlements infrastructure on Neo4j. Virtually unknown a few years ago, graph databases are now used in industries as diverse as healthcare, retail, oil and gas, media, gaming, and beyond, with every indication of accelerating their already explosive pace.

These ideas deserve a new breed of tools: general-purpose database management technologies that embrace connected data and enable graph thinking, which are the kind of tools I wish had been available off the shelf when we were fighting the rela‐ tional database back in 1999.

I hope this book will serve as a great introduction to this wonderful emerging world of graph technologies, and I hope it will inspire you to start using a graph database in your next project so that you too can unlock the extraordinary power of graphs. Good luck!
—Emil Eifrem Cofounder of Neo4j and CEO of Neo Technology Menlo Park, California May 2013

 1 For the younger readers, it may come as a shock that there was a time in the history of mankind when Google didn’t exist. Back then, dinosaurs ruled the earth and search engines with names like AltaVista, Lycos, and Excite were used, primarily to find ecommerce portals for pet food on the Internet.