“IT solutions should compliment the beauty of humanity. We must not expect humans to become machines. This is what I have learned working with people in 60 countries in 21 years at IBM.”– Steve Adler

Q1. What are the main challenges in data governance?

Evolution. The basic fundamentals of Data Governance have not changed since I invented it in 2004-5. We still organize Data Governance Councils (an idea I copied from the Federal Reserve Board of Governors as a way to bring business and data management together at the same table) benchmark organizational behavior with Maturity Models (the IBM Data Governance Council created the first Maturity Model in 2005), and think about our tasks as Six Sigma quality control operations, as ifevery human mistake that leads to a data quality, security, and operational risk exposure is actually preventable. They are not. Humans are prone to mistakes and that will never change.
I regret immensely that I helped define Data Governance as a quality control discipline, which makes the role about nagging corporate hygiene.

Q2. How do you ensure data quality?

By studying the patterns of human error and discovering solutions to automate correction. Technology solutions that expect human
cultures to adapt to accommodate rigorous programs of command and control may succeed temporarily but will always fail in the longer run. They will fail due to leadership and staff changes, and their successes will be Pyhrric until humans adapt to new rules and learn to escape them.

Q3. What are your suggestions for a successful master data management?

It has to become invisible. We should not be forcing people to adapt their understanding of terms to a common abstraction layer and instead should be building large relativistic thesauruses that map many different definitions to each other.

Q4. How do you create and implement a data strategy for your organization?

Data Strategy should support the brand identity and expand the business strategy. Data has a transactional value.
No static value. To increase the value of data to the organization you have to increase the amount of it that can be used and reduce the latency of use. Every data strategy should seek creative ways, methods, tools, programs, and campaigns to increase data utility and reduce latency.

Q5. Data analytics and innovation management: what are the main issues?

We still use a library model of data source – stick lots of data into warehouses, marts, and lakes and expect people to know where it is and how to use it. We should instead use a Marketing Model, sharing with people based on their interests and behaviours without them even knowing or suspecting they need it, automatically linked to other data sources, with everyone learning from each others uses, analytics, and behavior.

Q6. How do you select the key Data tools and technologies?

I am constantly trying new things, working never to get stuck relying on the same solutions for too long. Restlessness and intellectual curiosity are key. Never go to the same conference twice and always seek out opportunities to try things you have never done before. Especially important to do things everyone else says you can’t.

Q7. How do you create and track of key business and data metrics?

I am extremely wary of measuring too many things. We create belief systems in what we measure, and those systems define what’s
important to the exclusion of other factors we may not have known about or considered when constructing the measurements. Consequently, we all end up working in organizations that prize discipline and conformity as the building blocks of success and we know now that diversity, creativity, tension, and debate are essential to innovation and growth.

IT solutions should compliment the beauty of humanity. We must not expect humans to become machines. This is what I have learned
working with people in 60 countries in 21 years at IBM. 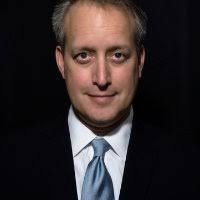 Steve Adler is a leader in Data Governance and Strategy. He’s helped companies, cities, and nations to build effective data governance and data strategy programs. He invented the fields of Internet Insurance, Data Governance, Data Strategy, People Data, and patented the IBM Enterprise Privacy Architecture. In 2014, he organized Africa Open Data jams to help West Africa us Open Data to fight the Ebola outbreak, and gave a TEDx talk on this experience. In 2015, he was appointed to the US Commerce Department Data Advisory Council (CDAC), the nations first Federal Advisory Council focused on how data could improve economic growth. In 2016, he organized The Data Cooking Show in Lima, helping 300 Peruvian journalists learn how that working with Data is as easy as cooking with a good recipe. And in 2017, he worked with the United Nations, World Economic Forum, and a variety of scientific, commercial, governmental, and civil society groups to create the Ocean Data Alliance
as a leadership forum to increase the amount of data collected and shared about the world’s Oceans.

For 21 years at IBM, Steven was a thought leader, product developer, and company evangelist. He was elected to the IBM Academy of Technology Leadership Team and led successful academy studies that explored Climate Change Data Repositories with the Obama Administration, and the Data Service Layer with the Government of Denmark. He worked with the National Academy of Medicine to help them organize their first Open Data Jam, represented IBM in the Open Government Partnership, was a founding partner in the Global Partnership for Sustainable Development Data, and was elected to the New York Civil Liberties Union Board of Directors. He ran IBM’s Privacy Consulting Practice, developed software products, led and supported company acquisitions, and developed many successful product and service offerings. He co-chaired standards working groups on Open Data at W3C and organised a technical committee on XMILE System Dynamics at OASIS. He traveled the world, representing IBM in senior leadership forums, welcoming new hires, and selling the IBM vision.
In his last year at IBM, he created a new program to use Watson to identify objects in Satellite Images.

Mr. Adler was recognized as one of the Top 100 Most Influential People in Finance by Treasury and Risk Magazine. He has given hundreds of TV, radio, online, and print interviews, and continues to work as a force for change in the world.