On Smart Cities and Mobility. Q&A with Praveen Subramani

Q1. You are Principal Product Manager at Turo. What is Turo?

Turo is a leading peer-to-peer carsharing marketplace — our mission is to put the world’s 1 billion cars to better use.
A private car is one of the most expensive, yet underutilized assets, that most people will own in their lifetime.
In fact, the average car sits idle over 95% of its life. To enable connections between people who have cars with people who want access to cars, Turo designs and builds digital products and services to enable carsharing directly between individuals. Our hosts can make their cars available to guests, helping them earn money to offset the cost of ownership by sharing these highly underutilized resources. Meanwhile, our guests come to Turo to take advantage of lower prices, a diverse selection of vehicles, and geographic distribution across over 6000 cities. By pioneering access over ownership, we have seen continued growth of our customer base, with over six million members in our community.

Q2. What are your current projects at Turo?

Turo is focused on designing unique experiences for our guests, creating earnings opportunities for our hosts, and scaling our business internationally. Our vision is that wherever you are in the world, you can book the perfect vehicle for your next adventure from a trusted Turo host. We launched Turo in Germany in January 2018 (adding to US and Canada), and plan to continue expansion to other countries in the coming months.

Regarding new products, we recently launched ​Extras​, a set of features which enable Turo hosts to provide additional items along with their cars, ranging from outdoor and recreation equipment to convenience services. For example, hosts can offer camping gear along with their vehicle for an outdoor adventure, or offer a portable WiFi hotspot to guests traveling from abroad without an international data plan.
By creating new earnings opportunities for our hosts and unique travel and mobility experiences for guests, we are focused on placing customers at the center of our product development process, which we believe strongly differentiates us from competitors in the industry.

Q3. What are the main business challenges you face for your peer-to-peer carsharing platform?

With any online marketplace, establishing trust and safety is a key challenge and priority. This is especially true for our carsharing marketplace, because we must ensure that our guests are safe and responsible drivers, and that our hosts are providing high-quality, reliable vehicles. We have enabled industry-leading trust and safety in our marketplace through innovations in insurance, a robust system of trust and safety checks in our products, and user-centered customer support.
For example, each Turo trip in the US is backed by $1 million in liability coverage from Liberty Mutual. As we scale Turo globally, an ongoing challenge lies in continuing to build trust among the host community in new markets, and making sure that we stand behind every trip with trust-building services like 24-hr roadside assistance.

Q4. And what are the main technical challenges you face?

From a technology standpoint, we are continuously iterating on using data from our marketplace to help our hosts and guests make better decisions. For example, we have invested in advanced modeling and data science to provide better recommendations to Turo hosts on pricing their vehicles, based on a variety of factors ranging from vehicle value to historical prices to predicted demand patterns. We are also leveraging machine learning to refine our risk models, ensuring that meaningful features that predict risk are detected early in the process. These technologies are enabled by having access to data at scale, so they becoming increasingly viable when a business has a critical mass of customers and transactions.

Q5. What are in your opinion the most promising innovations in the area of Smart Cities?

A decade ago, a major focus in smart cities was on data collection and deployment of sensors into urban environments.
With the ubiquity of mobile devices, the industry has now witnessed an incredible proliferation of urban data, often originating from distributed personal devices rather than centralized systems. Many of the most promising innovations emerge from distilling signal from noise: both visualizing this data, and translating it into actionable insights.
Technologies such as machine learning allow us to discern insights from large collections of data, identifying patterns and correlations in data that humans or heuristic algorithms alone could not have. This has enabled a number of new human-centered use cases and innovations in smart cities, ranging from policymaking to new modes of transportation.

For example, ​anonymized origin-destination data​ from ride-hailing services like Uber and Lyft are now being used to influence planning of new transit routes, or meet demand in areas underserved by transit. Projects like ​Shared Streets​ are creating data standards around public resources such as curbs and streets (ranging from pick-up and dropoff volumes by hour to permitted uses), helping both city planners and the private sector innovate more quickly and with a common definition of the urban environment. Autonomous vehicles, whether fleet-operated or privately-owned, will rely heavily on these curated data sources to be good urban citizens, by complying with regulations on permitted uses, times, and speeds.

Q6. What are in your opinion the most exciting mobility challenges nowadays?

With new transportation modes appearing in cities by the month, many cities are experiencing challenges with balancing the preferences of individuals with access to and utilization of public resources such as streets, sidewalks, and curbs.
For example, in many cities across the world, dockless, shared bikes and scooters have been deployed by companies seeking to provide efficient point-to-point mobility. Similarly, some cities are ​experiencing unprecedented levels of street congestion​ due to the influx of ride-hailing vehicles on their streets during peak demand periods. In many cases, these modes provide lower-emissions, space-efficient, and more convenient transportation alternatives to private cars. However, they also pose safety challenges such as the use of motorized vehicles on sidewalks, or the hazards caused by bikes and scooters blocking access to public spaces.

Unparalleled levels of urban congestion have necessitated the proliferation of more space-efficient modes like scooters, but these modes should not be deployed in isolation. They must be considered holistically with other services such as public transit, carsharing, and bikesharing. Investments in public transit and similar modes capable of moving large volumes of people throughout cities will be even more critical in the 21st century, as urbanization trends accelerate across the world. And with the development of technology often outpacing policymaking and regulation, the private sector is tempted to move very quickly. But it’s critical that private companies work in close partnership with public entities including cities, transit agencies, and metropolitan planning organizations to shape an inclusive future together.

Q7. How will ride-sharing and self-driving vehicles redefine our relationship with cars?

Younger generations have already demonstrated a preference for access over ownership — with cars, homes, and for some, even clothing. A University of Michigan study found that in 2014, just 24.5% of American 16-year-olds had a driving license, a 47-percent decrease from 1983, when 46.2% did. Similarly, 69% of 19-year-olds had licenses in 2014, compared to 87.3% in 1983, a 21-percent decrease. This trend is consistent for age groups ranging from 16 – 44, since 1983​. In the United States and Europe, cars are no longer the status symbols they once were, and are being gradually supplanted by highly personalized and portable devices such as mobile phones and social media presence. Ride-sharing, carsharing, and autonomous vehicles are accelerating those trends, and providing viable alternatives to private car ownership, especially in dense urban areas.

At Turo, we have catalyzed a fantastic intersection between ​sharing and electric vehicles​, and we are preparing for a similar intersection with autonomous vehicles (AVs). In many ways, autonomous vehicles are designed to be shared. Both fleet-based models (buying a ride) and private ownership models (buying an autonomous car) will exist with AVs. In the fleet-based model, AVs will be inherently shared, as they will serve multiple customers over the course of a day. Privately-owned AVs will still be needed by demographics that require exclusive access to vehicles (such as families with children), or live/work in areas of insufficient density to support robust autonomous ridesharing networks. In the private ownership model, platforms like Turo will provide even more value for car owners, as autonomous vehicles will have high costs of ownership, especially in the early years of these new technologies (analogous to the patterns we’ve seen with electric vehicles). For travelers looking for exclusive access to vehicles for longer duration trips such as traveling with family, weekend trips, and vacations, AVs booked through carsharing platforms will give them exclusive access to AVs when they need it, complemented by autonomous ridesharing when they don’t.

When deployed responsibly, both ridesharing and autonomous vehicles have the potential to positively transform our cities. Autonomous vehicles shared through carsharing platforms will help accelerate the adoption of this new technology and ensure that AVs are sufficiently utilized, rather than sitting idle and wasting valuable urban space. 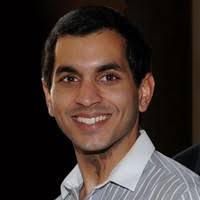